What happened to the new FamilySearch Family Tree Interface?

I have been getting a lot of questions lately about the new FamilySearch.org Family Tree interface. The main reason for this is that the interface is appearing and disappearing somewhat randomly. From my own personal use of the program, I have had the new interface for the Traditional View on the Family Tree show up three different times on different computers with different browsers only to have the new interface disappear shortly after.

It is my understanding that the new interface is being introduced in stages to a certain percentage of the FamilySearch users at a time. I heard that the first installment was for 5% of the users. So far, I have not heard why I would be getting access to the new interface intermittently. In a class of 20 or 30 people, one or two have had the new interface.

Here is a preview of the new interface from the Beta test website: 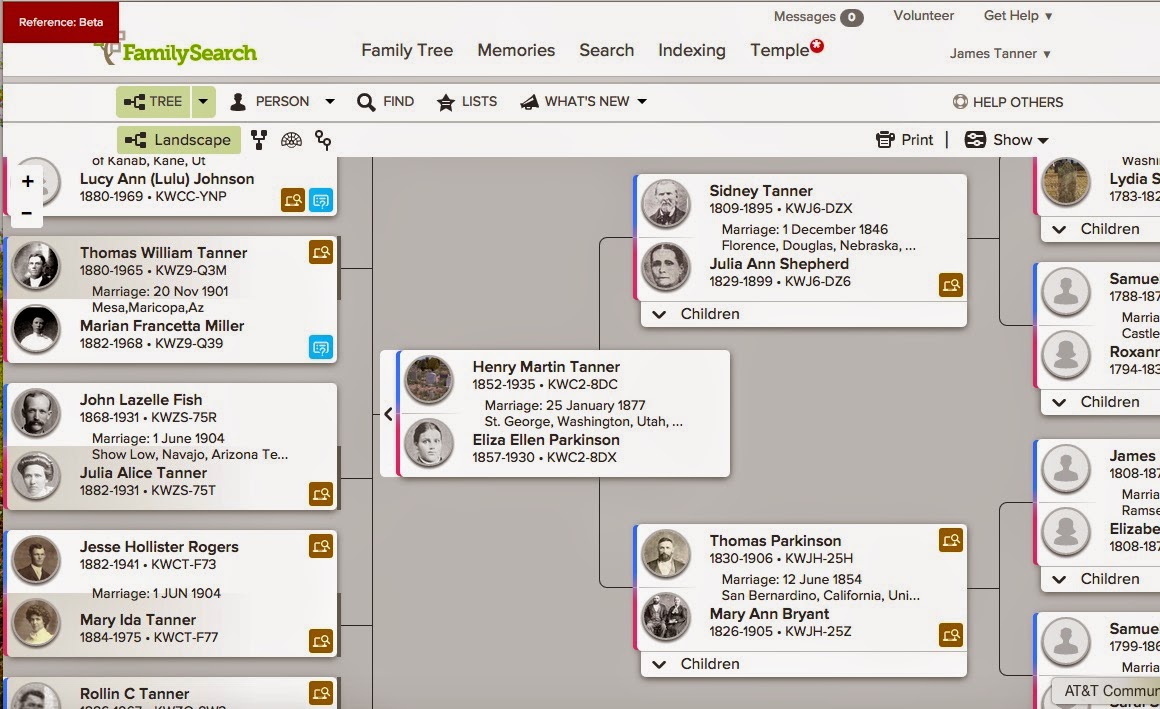 There are photos and the icons that now appear in the Descendancy View. Until I get the new interface consistently, I cannot really comment on how it works. So I will just have to wait and see what happens.
Posted by James Tanner at 9:50 AM