Confronting the Issue of Errors in the FamilySearch Family Tree 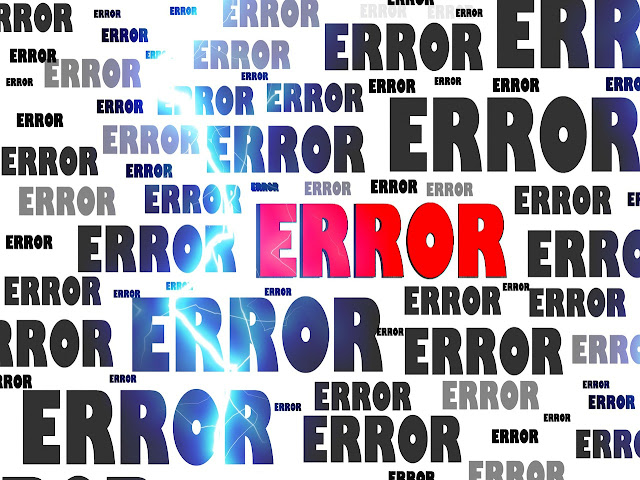 I recently received the following comment to one of my blog posts.


Am I missing where you report errors to the LDS people; e.g. DNA now proved bound book info in error, yet the bound book error continues ad infinitum. Errors cause me to be weary using FamilySearch.org.

I guess the commentator mistakenly assumes that the FamilySearch.org website has a monopoly on genealogical "errors" particularly those of the kind that involve the disproving of a commonly held belief by the use of DNA evidence. I am also somewhat mystified as to how the commentator got this impression from reading my posts. Hence, the present post.

I was recently preparing for a presentation involving looking at a volunteer's pedigree. I have a standing challenge that I have repeated for many years that if I am given about ten or fifteen minutes to look at a pedigree, any pedigree in any format, I can spot and point out some serious errors. So far, over the years I have been offering to do this, I have yet to find a "perfect" pedigree unless it happened to end in one or two generations. Because the FamilySearch.org Family Tree is a unified, combined pedigree involving the contributions of thousands of people for a period of over a hundred years, there are bound to be numerous, very serious errors. Let me repeat what I have said and written many times before:

The FamilySearch Family Tree is the solution not the problem.

By the way, I too can get "weary" in confronting the errors and problems associated with confronting the tangled mess in some parts of the Family Tree. The pedigree of the volunteer I was examining the other day was a case in point. There were duplicates, red exclamation point errors and simply wrong combined records in such profusion, there was no way to rely on anything in the that part of the Family Tree. On the other hand, I was wishing that the errors in my own lines were as obvious and easy to correct as those I was examining for the volunteer.

We know there are errors so then what? Correct them! The essence of the Family Tree is the ability of everyone who participates to correct errors. I just got my weekly list of Recent Changes in Family Tree from FamilySearch. Here is a partial screenshot: 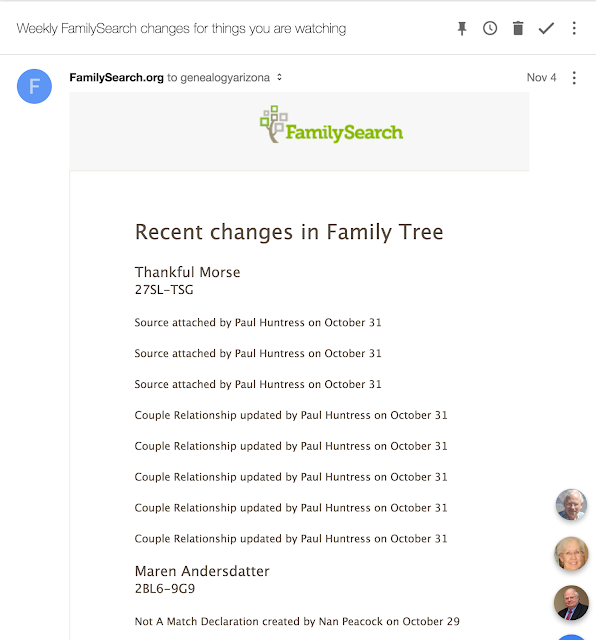 For the people I am watching, there were a total of 137 changes this week. Most of the changes were constructive and did not need my intervention. In this case, someone added a duplicate child without checking for duplicates. In this case the duplicate added was a female when the exact information was already in the Family Tree with a spouse and children as a male and with extensive documentation. So, I wrote a message to the person asking them to delete the non-existing female entry.

This is one of the most egregious examples of errors in the Family Tree. But clearly, there is a mechanism for correcting such errors and any other errors found. The solution is simple.


Granted, there are some longstanding, persistent errors. But these generally involve changes in the way the records have been interpreted in the past. The issue of newly discovered DNA tests will likely result in quite a few changes. The results of these tests can easily be entered into the Family Tree and the results of the tests made available through the Additional Information section.