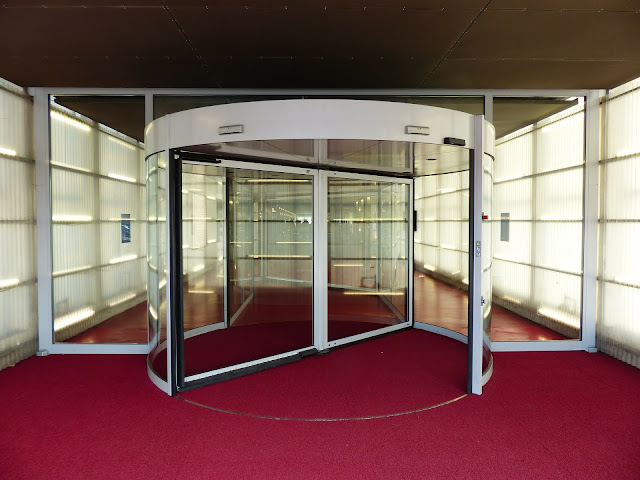 What is a revolving door ancestor? If you have one, you know exactly what I going to write about. If you don't have one, just be thankful. As we all should now know, the FamilySearch.org Family Tree is a unified, collaborative program. This means that every person who is registered to use the Family Tree can make changes, edit or add information to any of the entries (i.e. people in the Family Tree). Because the Family Tree is unified, if I wished to do so, I can see any and every dead person in the Family Tree. However, because my view of the Family Tree is somewhat limited by the visual interface, most people focus on their own direct line ancestors and their descendants. As you go back in time, the number of your ancestors theoretically increases exponentially. I write theoretically because there is a principle called "pedigree collapse" that accounts for the times when your relatives married their own cousins and the number of ancestors varies because of these related spouses share some of the same ancestors. Every generation back in your family lines also generates a proportionately larger number of potential descendants.

Now, let's assume that we have an individual in the Family Tree that had a huge posterity. There are likely hundreds perhaps thousands of people living today who are descendants of this same person, i.e. cousins. Some of those related people may decide to add their "genealogy" to the Family Tree. When they all get back to the key ancestor, they may all have a different opinion about this remote person. The Family Tree allows them all to put their opinions online; right or wrong, supported by sources or totally imagined. Eventually, they will all begin working on this same ancestor. My ancestor John Tanner KWJ1-K2F is one of these people. He has tens of thousands of descendants and most are members of The Church of Jesus Christ of Latter-day Saints. In this case, there are a number of books about John Tanner and his posterity. Unfortunately, those same books speculated about his ancestry. Some of the speculation is now accepted as the "TRUTH" in capital letters even though there are no source records supporting most of the conclusions made concerning his ancestors.

This scenario sets the stage for a revolving door ancestor. 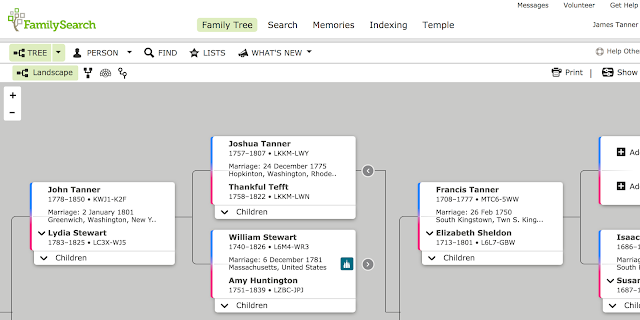 Based on voluminous research that is ongoing, this ancestral line ends with Francis Tanner, John Tanner's grandfather. There are, as of the date of this post, no records or documents indicating who Francis Tanner' parents are. There are some assumptions that indicate that his parents were a "William Tanner" married to a wife named "Elizabeth." That is where we are now, but that does not stop his descendants to add a stream of parents without adding any additional source information. So far here is part of the list of the 29 sources we have so far identified for Francis Tanner 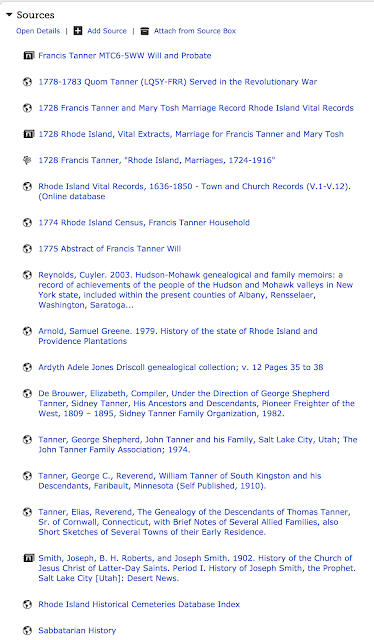 The revolving door nature of this situation lies in the fact that so many people feel compelled to add parents without substantiation. Those unsubstantiated parents go in the door and around and right out again. So far there are three of us actively seeking sources records about Francis Tanner and as we get closer to solving the mystery of his parents, we try to maintain the end of line situation so that there will be a possibility of someone else helping with actual research. If we were to give up and allow any parents to be added then we would be conceding that those were Francis Tanner's parents even if what we have already discovered indicates otherwise. It would be nice if someone would do some serious research and show a document solving this dilemma but so far that has not happened.

What are the basic strategies here?

1. Watch the ancestors in question.
2. Read the emails from FamilySearch about changes and react to the inappropriate changes in a polite and non-confrontational manner while at the same time inviting serious research into the original record sources.
3. Keep adding our own research as it is discovered. Just recently, I found the complete text of Francis Tanner's will and probate in Rhode Island listing a brother named "Nathan." We have a Nathan whose parents are listed as William and Elizabeth but we need to tie all these people together with some other documents.
4. Keep researching all of the listed family members.
Posted by James Tanner at 1:02 PM