Still waiting for the Golden Years: Computers and Technology 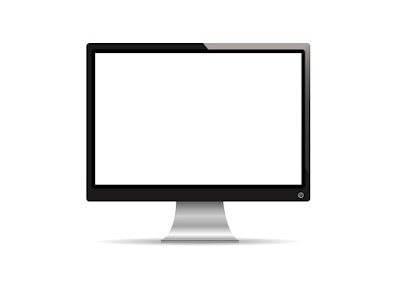 There are certain rites of passage to getting old. One of the first thresholds is signing up for an AARP membership. When you do, you start getting their monthly magazine. I am sure you are in the category of those people who throw away the magazine as soon as it comes in. However, as a long-time compulsive reader, I got through every issue. What catches my attention are the ads aimed at the lowest common denominator of profiled old people. By the way, almost all the people used in the ads are not old by anyone's standard. I know old when I see it.

Anyway, back to the AARP Magazine. There is always a full-page ad for a "Senior Computer." The taglines are that these touchscreen computers are "easy to use and simple" and that they are "foolproof." They come with a bunch of generic or at least unidentified software already installed. They also come with a large print manual.

Who are they selling these computers to? The children, not the parents. Let's suppose that this is really an easy-to-use computer even though the words "easy" and "computer" cannot accurately be used in the same sentence. Who is going to connect this easy-to-use computer to the internet? If the senior person needs this type of device, how do they log into any of the online social networking programs? They are ostensibly set up to "access the web." What about all the logins and passwords needed to gain access to websites? What if they sell this computer to this user? This is an excerpt from a review of one of the easy to use senior computers.


First, let's be honest about computers in general. Unless you are a techno-geek who loves cyber-problem solving, they are ALL unreliable piles of junk. I have owned several types of computers over the years and I have NEVER had one that performed to a satisfactory standard of user-friendly ease. All of them are persnickety gadgets that freeze, crash and do strange and unexplainable things at a moment's notice. At this time, I own a slick, top-of-the-line Mac and I find myself on the phone to Apple tech support almost daily because of the problems that continually arise.

This person doesn't need a computer, he or she needs a cat or dog and a manual typewriter. I have had problems with my computers if I go back many years. I am now using an iMac and I haven't had it ever freeze or crash. Some of the programs I use have done "strange and unexplainable things" including freezing and crashing, but that is part of the wonderful world of computers and to be expected. I don't remember ever calling Apple tech support in my life except when I was operating an authorized Apple dealership.

Hmm. The ads make no mention of printing or scanning or any other peripheral device. Most of these require a driver loaded into the operating system. Oh, oh, the operating system is not identified either. What about upgrades? The world outside of these easy-to-use computers is changing every day.

Basically, this whole subject brings up the issue of the "digital divide" or the virtual division that exists between those who do not have web access for some reason (including poverty, lack of electricity, or some other condition besides old age) and those who do. In my opinion, the real solution is a smartphone or a tablet. If a person wants to write, edit photos, work on family history, or do hundreds of other tasks, no simplified push-icon computer is going to do these things. But I have had good experience transitioning older people who want to read email, see social networking, and etc. to using a tablet or a smartphone. With voice recognition gaining traction, you can now talk to your smartphone and send messages, make appointments, and do lots more.

By the way, the world is expected to buy over 1.4 billion smartphones in 2018. Most of the people I am dealing with right now do not own a computer but all their work on a smartphone.
Posted by James Tanner at 5:28 PM