Name editing for the Indexed records on FamilySearch.org is slowly being introduced. I had to click around for a while before I found an opportunity to edit a record. Here is the screenshot. 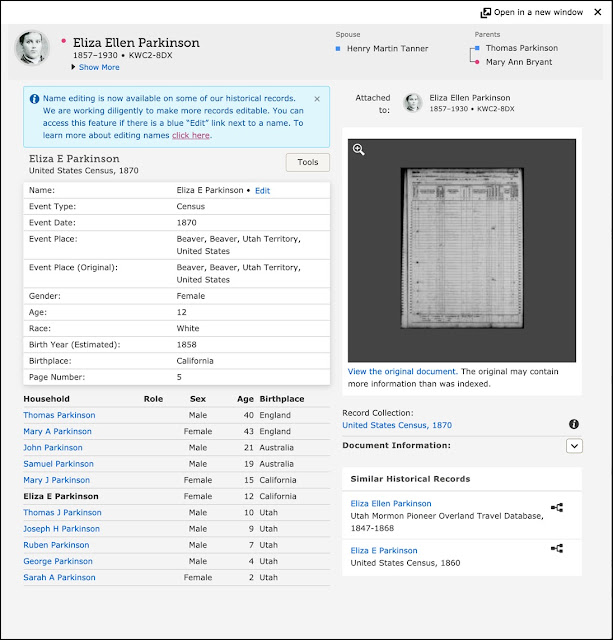 When I click on the "Edit" link, I get the following window. 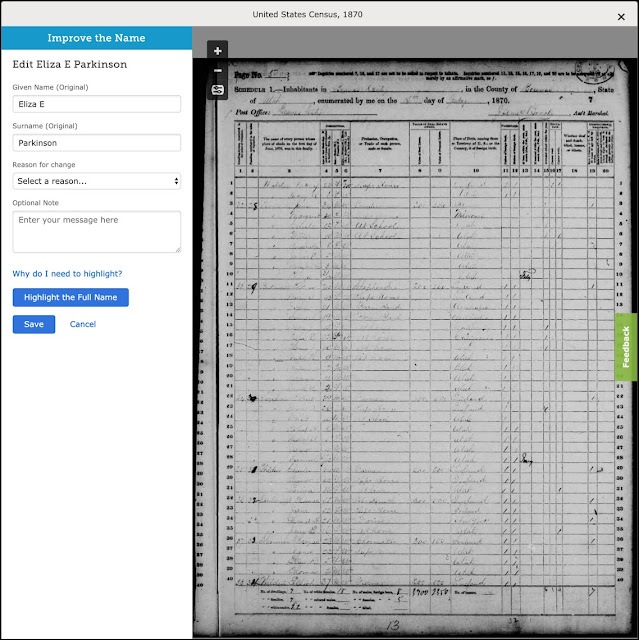 I could "improve" the name by filling in the middle name, but that is not what is recorded in the Census Record. Here is a close up of the record itself. 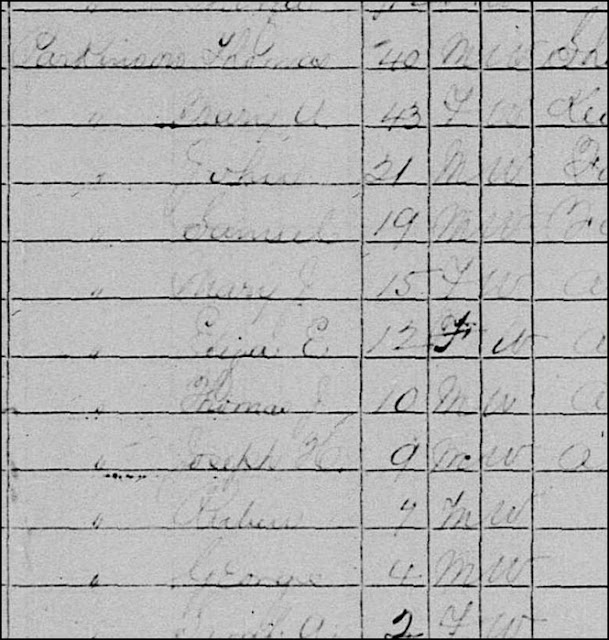 I think the idea of having the chance to "correct" the errors probably benefits from putting in the full name even if the record does not show the name. The complete name then becomes an alternate search term. Part of the process is highlighting the name in the original record. 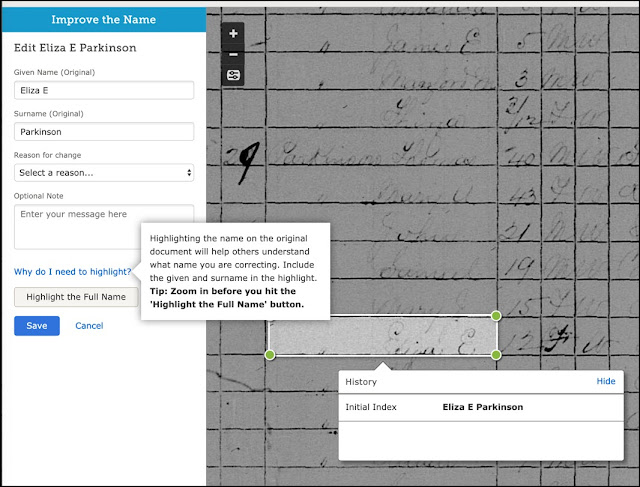 At first, I decided not to add in her full name because the original indexing was not wrong and it was not indexed incorrectly. I found the name easily without the correction. Of course, those who are indexing records do not know anything about the people on the records they are indexing except by chance. So adding in the full name is not really a correction if the original indexed name is recognizable and merely incomplete. However, the form is entitled, "Improve the Name" and adding in the middle name would certainly improve the name.

Here are some more complete instructions regarding the correction process.

After re-reading the blog post instructions, I decided in favor of giving Eliza her full name. 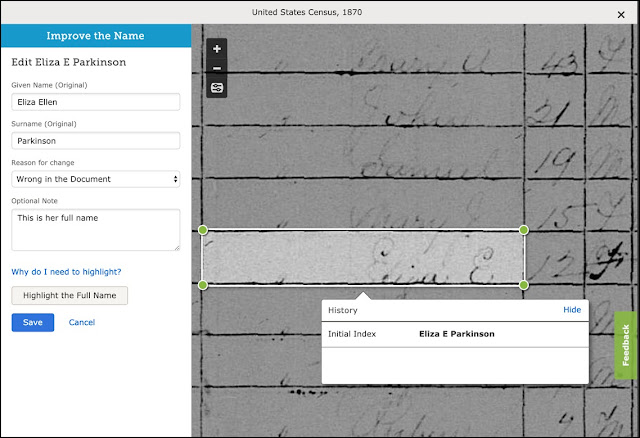 This is the important reason for this change from the blog post.


Keep in mind that your edits do not override the information already on FamilySearch. Instead, you add new information. The old indexed information remains. Now your change and the original information are both searchable. There could even be several edits to the same record, helping others to find their ancestors more easily. Please edit carefully, however, since multiple edits can also muddy the waters!