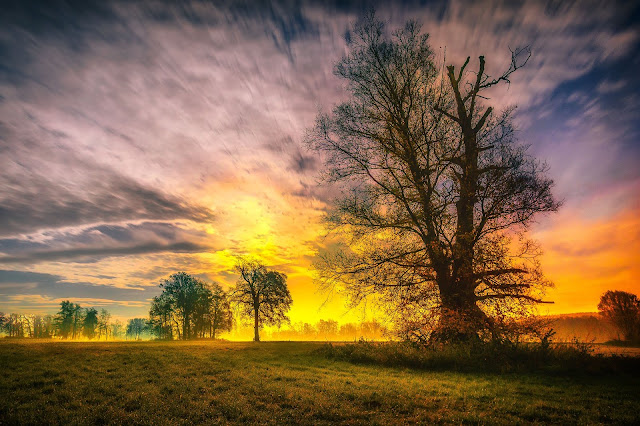 The FamilySearch.org Family Tree is the solution, not the problem.

The reality of the FamilySearch.org Family Tree for members of The Church of Jesus Christ of Latter-day Saints is that it is the official, approved way to submit names for ordinance work in the Church's Temples. There are some very limited exceptions where members are required to bring family group records to the Temples for live endowments and some sealings, but generally, the work of redeeming the dead is entirely based on what is entered into the Family Tree. As far as those who are members of the Church, this puts the FamilySearch.org website and the Family Tree on a completely different level from those who are outside of the Church's membership. If a person outside of the Church decides, for whatever reason, not to use the Family Tree program, then that is their decision. For members who make the same decision, there are more serious implications and consequences.

That said, there is a basic religiously oriented reason why members should be carefully considering any additions, changes, or other work they do with the Family Tree. Part of the consequences of either becoming involved with the Family Tree or becoming disinvolved through frustration or lack of knowledge is that the members are ignoring the scriptural and prophetic mandates we have to do the Temple ordinance work for our deceased ancestors. Presently, statistics show that only slightly over 6% of the Church membership has submitted a name to a Temple during the past year. So, despite any controversy over the features or operation of the FamilySearch.org website, there is only a very small percentage of the Church members who are even aware that there may possibly be problems with the program. I can only imagine what would happen if the other 94% somehow became interested enough to become involved in the website.

One of the major considerations for developing the Family Tree program is the one-hundred-year-old effort to avoid duplication of effort by those involved in submitting their ancestral family's names to the Temples. The obvious duplication in the Family Tree is that of having multiple copies of individuals in the database. But the unseen duplication is the time spent in performing the ordinances in the Temple for the same person over and over again. When the new.FamilySearch.org program was being used, one of my ancestors, Henry Martin Tanner, had over 800 duplicate combined entries listed in the program. That list of duplicates represented part of the number of times his Temple ordinances had been repeated in whole or in part. This massive waste of time and resources was the prime motivation for a whole series of complicated programs developed by the Church over a time period that has now gone on for more than 120 years with different attempts to minimize this duplication. None of the previous programs worked very well. However, the Family Tree has substantially eliminated much of the more obvious duplication. The resources and time saved more than adequately pay for the time and money put into the program.

Can you fool the program to create a "false" entry that will allow Temple work to be done? Yes, you can. If you are a totally irresponsible person, you could simply make up names which would be the moral equivalent of lying to obtain a Temple recommend and from my perspective adding supposed ancestral names willy-nilly into the program without documentation or even an attempt to verify that the names are not duplicated verges on the same type of fraud. Fortunately, the program has one major defensive mechanism against this kind of fraud: it is a wiki. Give the numbers of people who are submitting information to the program, no committee or appointed group of people could watch the entries as effectively as allowing all of the people who have access to the program to watch their own family lines. For example, I am currently "watching" 291 people in the Family Tree and not surprisingly, when I get a list of changes each week from FamilySearch, the list usually focuses on some of the same small number of people.

Over the past few years of its existence, the Family Tree developers have been put in place some extensive safeguards to prevent duplication and notify users of the inaccuracy of their entries. The program is far from perfect in these attempts at control, but some of the obvious problems with the data are slowly being resolved. As the program has been developed since its introduction, it has become a highly efficient and suprisingly simple way to maintain an increasing flow of names to the Temples. In a matter of a few minutes, I can sit down with a member and add information about his or her family that will allow the person to print ordinance cards and "take the names to the Temple." Using the highly effective Consultant Planner, any Temple and Family History Consultant with some basic training can help many members find legitimately related deceased relatives who need the benefits of Temple ordinances.

Why then is there a constant backblast of criticism and complaint about the Family Tree? That is one of my motivating reasons for writing this series of posts about surviving the Family Tree. My cousin, Ron Tanner of FamilySearch, attributes this, in part, to what he calls "my-tree-itis" or the idea that somehow we "own" our ancestors' and relatives' information. I am not so worried about the people who claim ownership as I am about the people who indiscriminately treat the Family Tree as a place to add their unverified and unsupported, inherited or copied family information without spending the time or effort to verify its reliability and accuracy. I can defend myself against the first group who believe in ownership by simply doing my own research, but I have a difficult time working with the second group. After years of representing clients as an attorney, I had one standard rule about accepting representation: I don't do stupid and I don't do crazy. The problem is that it is often difficult to determine the existence of either condition.

There is, of course, the need to make the Family Tree a simple and straight-forward way to enter family information that conflicts directly with the larger issue of trying to maintain its integrity and accuracy. One issue I see frequently is the need some researchers seem to have to "protect" their "own" data and its accuracy from the minions of uninformed and ignorant masses on the public, online family trees. Inevitably, the basis for this attitude is a belief that their research is completely accurate and correct and everyone else has inaccurate data. I have had enough of my own research revised and corrected to recognize that my own research is not always completely accurate or correct and it may well be that someone else has more complete or more correct information than I have in my own documentation. This is my point of departure for addressing individual issues with the Family Tree so it must be time to start writing about the issues. Stay tuned.

Here are the previous posts in this series