The FamilySearch Year in Review 2019 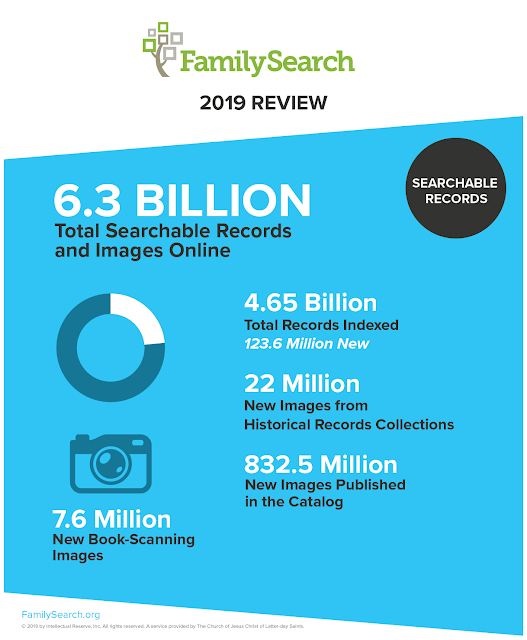 Infographics seem to pop up online at the end of every year. This one is from FamilySearch.org. When we look at these numbers we need to remember that FamilySearch is a nonprofit, charitable institution sponsored by The Church of Jesus Christ of Latter-day Saints and nearly all of these increased numbers come directly or indirectly from volunteers. Granted, FamilySearch has a sizable paid staff, but indexing, book scanning, and image capture are largely volunteer efforts. Here is some more detail about the numbers and the accomplishments all of which came from an email sent to me. But you can also view all of the following information in the FamilySearch Blog entitled, "FamilySearch 2019 Year in Review."

Here is another infographic with some additional information about the users and conferences from the same email. 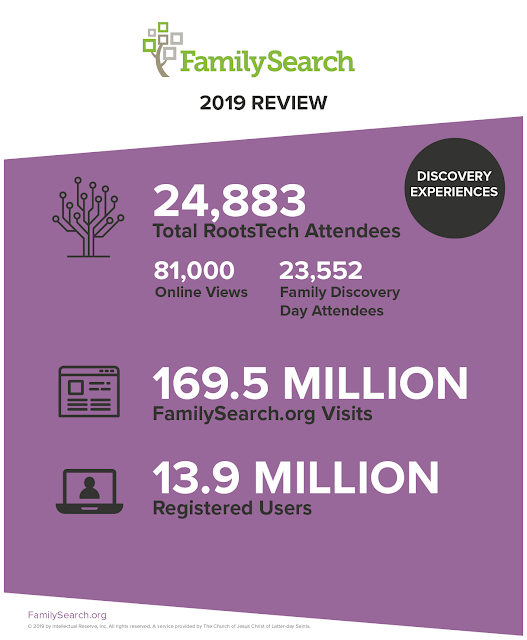 And here is some additional information about the same subject.
FamilySearch has not yet run out of infographics. Here is another one. 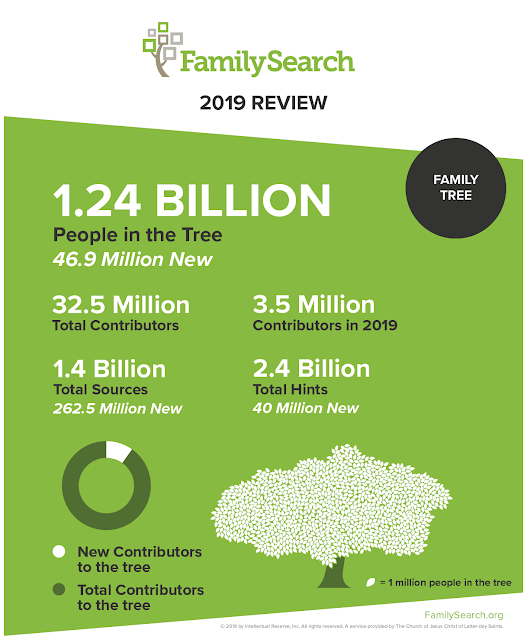 And here are the detailed facts that go along with this one.
Don't get impatient, there are three more infographics with even more information. Here we go with the next one. 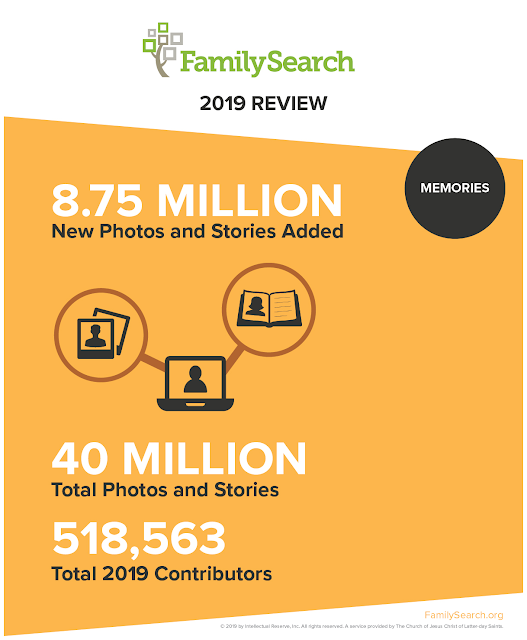 And here is the explanation.
Next: 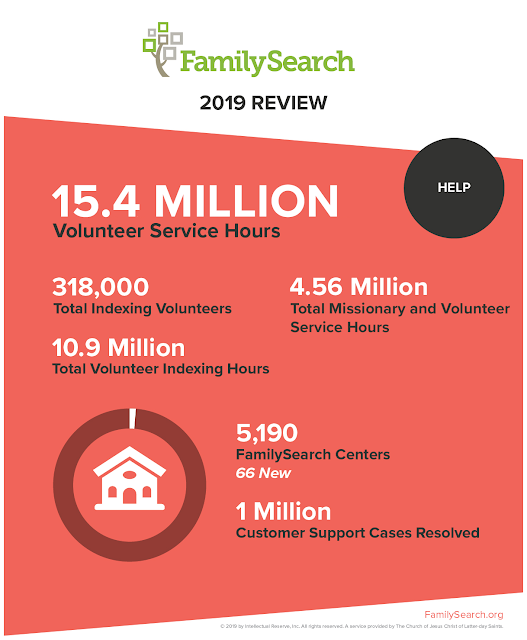 This is the last one: 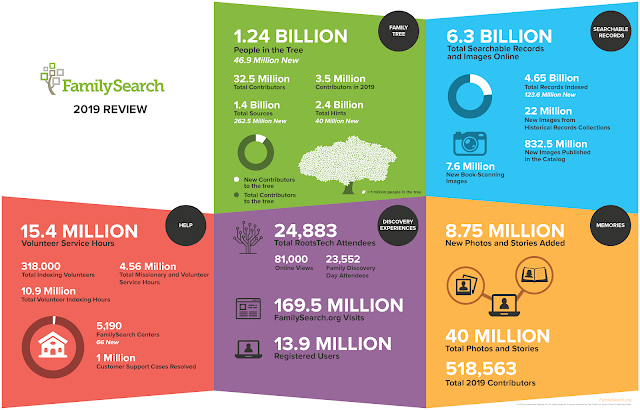 In addition to the above, here are some other interesting facts.
Posted by James Tanner at 5:50 AM