What is "Your" Family Tree? A New Addition to the Basic Rules of Genealogy 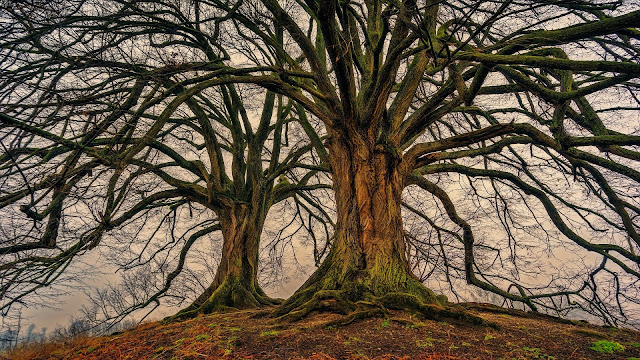 
I published the first six Rules of Genealogy back on July 1, 2014. See "Six of the Basic Rules of Genealogy." This short list included the most famous and basic rule of genealogy: "When the baby was born, the mother was there." I added four rules in a post back on August 11, 2017, entitled, "New Rules Added to the old: The Rules of Genealogy Revisited." Summer must be my time for thinking of new rules. You can go back to these two original posts to read about the details of each rule.

Then I added one more rule back on August 2, 2018, in this blog post, "A New Rule Added: The Rules of Genealogy Revisited Again." Now it is time to add yet another rule. Here is the list for reference:


The new rule is easy to remember:

Rule Twelve: You do not own your ancestors

Unless you come from a long line of parents who were both only children and who were all descended from only children, you have a lot of relatives. You may not know who all these people are but you do have a lot of them. In fact, your relatives likely number into the billions. For example, on one of my online family tree programs on MyHeritage.com, I have more than a 100,000 Smart Matches™that indicate I have about that many relatives who share the information I have on that particular family tree. If you are one of these people who believe you have traced your ancestry back to Adam or whatever, you automatically can claim billions of relatives. So which one of those relatives owns all that potential genealogical information? This "my" and "your" possessive language is not just misleading, it is pernicious and false. I guess you could accurately talk about "my family tree on MyHeritage.com or Ancestry.com if you are referring to the file itself, but the contents of "your" family tree don't belong to you or anyone else.

Here in the United States, we have a very pervasive "ownership" point of view. We add the idea of "my" to almost everything when we will all die and then who owns all those "my" things? Genealogy gives us an open field of things that we cannot even conceptually "own" beginning with our ancestors. We all share our ancestors with all of their descendants. We do not and cannot conceivably "own" anything about our ancestors.

Our legal system in the United States can give us an illusion of ownership, but ultimately, everything we have here on this earth is shared with everyone else who is living and has ever lived, including, but not limited to the air we breathe. Hence, Rule Twelve.
Posted by James Tanner at 7:24 AM