Am I really related to Pope Benedict XIII? 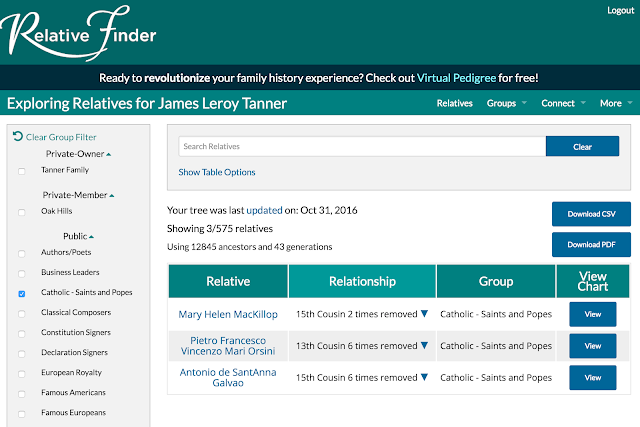 The Relative Finder app and the new 15 generation, ancestral linkage in the FamilySearch.org Family Tree, will likely generate a lot of new relatives for you. As the screenshot above illustrates, Relative Finder indicates that I am a 13th cousin, 6 times removed of Pope Benedict XIII whose name was Pietro Francesco Vicenzo Mari Orsini. In this case, when I examine the pedigree showing the relationship, there are at least two of the individuals listed who did not have spouses and so it is interesting how they might have had children. 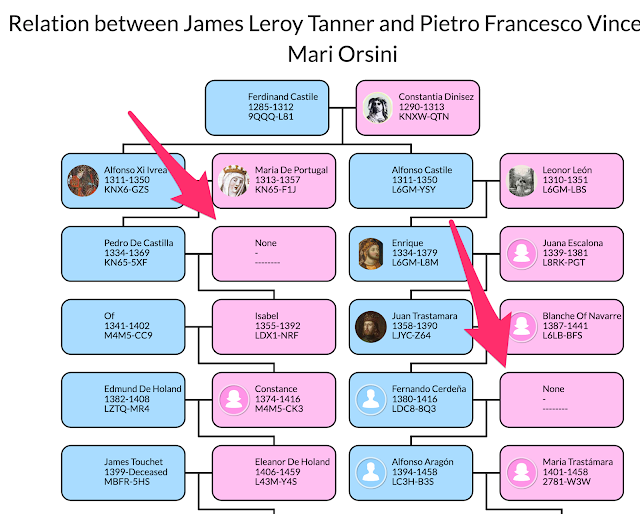 Going back on the line that is supposed to establish this relationship, I see the following: 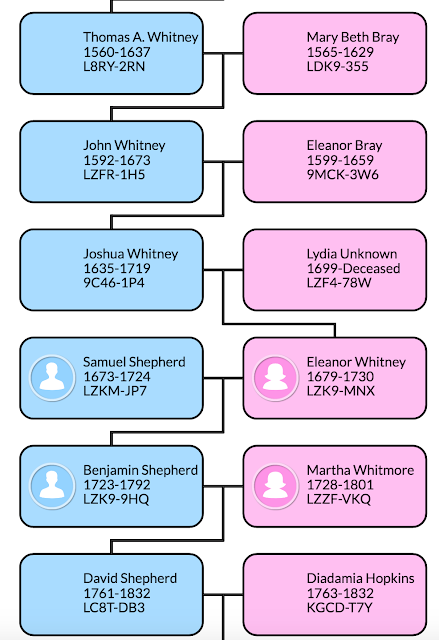 The person at the bottom of this part of the line is David Shepherd, LC8T-DB3 who doesn't exist in the program. He was merged with David Shepherd LLM7-LKV as is shown in this screenshot:

Here is the real pedigree for David Shepherd as it stands today: 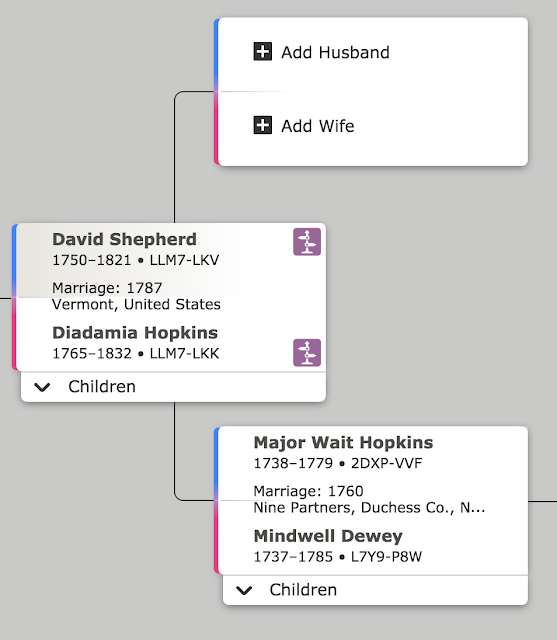 In short, the whole pedigree going back to royalty is not mine at all. The line ends with David Shepherd. No one, so far, has found his parents with cited sources. This includes my own efforts.

You might want to know that many of my own lines that extend back into antiquity are in exactly the same condition. As soon as I get around to it, I will be terminating all these lines at the appropriate place and most of these very speculative ancestral relationships will end unless Relative Finder keeps adding in the merged people as it seems to be doing.
Posted by James Tanner at 8:00 AM