Why your genealogy can never be all done 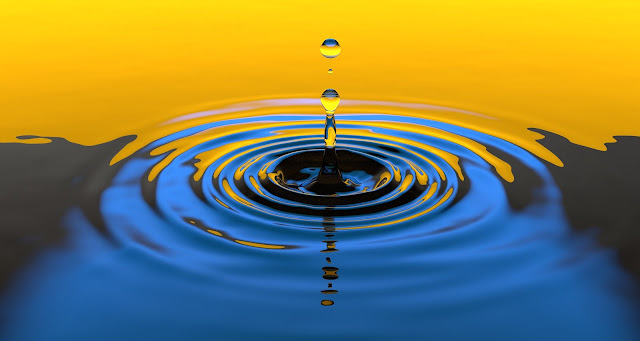 One of the very common excuses I hear for a lack of interest in genealogy comes from those who claim that their genealogy is "all done." Many years ago, I was told the same thing by my own family members whose own family history efforts consisted solely of submitting copies of a four generation pedigree chart to The Church of Jesus Christ of Latter-day Saints. I continually hear this same refrain from those I talk to, especially here in Utah.

If we look back in the history of genealogical research in the Church, we can find a really good basis for these claims of the members of the Church having completed their genealogical responsibilities. Back in 1978, after many years of the centralization of extracting names for the temples from historical records, the Church announced that the extraction program would be done on a Stake basis and Church members were told that they were no longer required to submit family group sheets or to provide names for temple ordinances for ancestors beyond four generations. See the following:

The concerns that motivated this policy involved the difficulty of doing genealogical research and the overriding concern about duplication. The simple fact was that the technology of the time did not provide a way for members to coordinate their research efforts. Subsequently, just as I did in the early 1980s, most researchers had to "start from scratch" and redo all of the previous research before any new information was found. In addition, at the time, there was no way to widely disseminate access to the records. Within two years, the policy was essentially reversed and members were once again encouraged to seek out their kindred dead.

But the damage was already done. What little momentum there was in the Church towards individual research was essentially lost. How did I break out of this paradigm? I was involved in submitting a five generation pedigree pursuant to a later Church program and did the work over again myself, only to discover that the "work" was far from done. That sparked an interest in doing the research on my family that has continued to the present day.

Over the intervening years, there has really been almost no local support for serious, accurate and time-consuming genealogical research. Technology has begun the process of eliminating the two most serious restraints on doing research: lack of access to records and avoidance of duplication of effort. But we are still facing the effects of the one-time position that the members' responsibility for providing names to the temples was "completed" with a four-generation family pedigree chart and the accompanying family group sheets or records.

With the advent of the FamilySearch.org Family Tree program, the impression that the "work is all done" has been reemphasized. When some members view the entries in the Family Tree, they see generations of information that all seems to reinforce their traditional belief that the work has been "all done."

In addition, other major challenges have surfaced with the technological advances being made. One of the most serious is the tremendous amount of information that is now available. Beginning genealogical research can truly be overwhelming simply due to the amount of information available and the complexity of the programs and their interface with the internet and the rest of the technology. Simplification efforts have been mostly aimed at ignoring the real complexity of the issues and presenting genealogy as simple and fun rather than approaching the issues directly.

But now, I would like to look at the basic concept that one person's genealogy, given the current emphasis on descendency research, can every be "done." The entire concept of a "completed" genealogy is based on an invalid and incorrect assumption that has assumed the proportions of a commonly accepted myth. That assumption is that there is somehow a finite pool of people to whom we are related. The key concept here in exploding this myth is the idea of extending our relationships to our "cousins." So, who is my cousin?

For years now, my wife and I have independently proceeded with our "own family" research under the assumption that we were not related. However, recent detailed research has now shown that I am related in different ways to both of my wife's parents and we share more than one common ancestor. Following today's definitions, we are now considered cousins. Over time, I am certain that we will find additional family connections. Why is this possible? Very simply, the who process comes about as a result of the integrated nature of the FamilySearch.org Family Tree. Since both of our families are now integrated into the Family Tree, we can see our common relationships.

The effect of this technological change is that the number of my potential relatives expands exponentially with each generation back in time. It is certainly true that a person could have a very limited knowledge of his or her ancestral lines due to limiting circumstances such as adoption or abandonment, but through broad DNA testing, it is now even possible to breach those barriers to research.

Look at the image at the beginning of this post. It shows an expanding circle from a drop of water. Genealogical research is like that expanding circle. Each person added to a family line increases the potential for addition relationships and even more connections. Of course, there is an underlying issue of accuracy, but assuming reliable research is done, the number of possible connections to cousins continues to expand with each additional generation both going backward and forward in time. There is presently no practical end to the additional research that can be done even with an emphasis on the known family lines available to many users of the Family Tree. The larger the circle of relatives, the more there are outside the circle.
Posted by James Tanner at 6:52 AM