Is DNA Testing a Solution or a Problem? 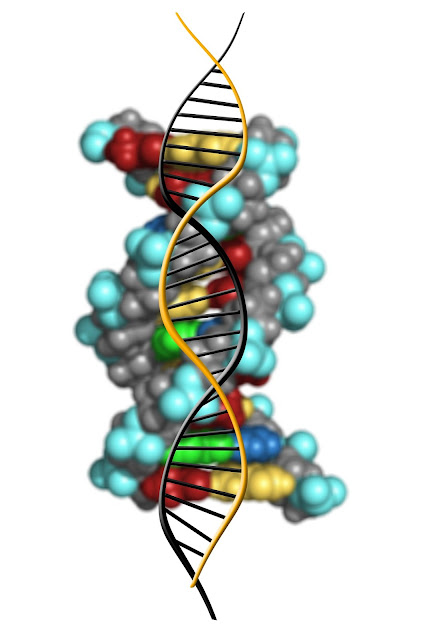 DNA testing is as hot a topic as it is possible to have in the genealogical community. FamilySearch.org published an article entitled, "Do You Have Your Great-Great-Great-Grandfather's Nose?." The post had the conclusion,


While there will always be more to learn and discover in the world of DNA testing, you should have what you need now to get started putting your DNA to work for you.

In short, if you read a one or two-page post on DNA, you are supposed to know everything you need to order a DNA test and get started in solving some of your genealogical mysteries. We can all wish that life and DNA were that simple. Those touting DNA testing as a solution, have yet to accurately define the problem. They are also ignoring the actual and very possible undesirable side-effects of learning more about your ancestors than you may have really wanted to know.

Two of the large online genealogy database companies, Ancestry.com and MyHeritage.com, are actively promoting their own version of the DNA test and selling the testing kits to the public. After considerable research and thought, I ordered a test kit and I am still waiting for it to show up. But meanwhile, there is still a lot more to think about.

To start off, the question asked by the title to the FamilySearch.org blog post set forth above cannot possibly be answered by a DNA test. In fact, without some extensive preparation in the form of careful genealogical research and only by testing specifically selected descendants of a third great grandfather, could you even find a DNA connection back that far in your pedigree. Such a test would not give you any insight at all into how your particular physical characteristics matched someone who may have even lived before the invention of photography. It is this kind of published nonsense that not only creates entirely unreal expectations about DNA testing, but also obscures the real family problems that might be discovered.

DNA testing only produces valid and substantiated information through systematic research and testing of multiple descendants of the same target population. The larger the test group, the more accurate the information. So, for example, let's suppose you want to identify your bloodline father. You could take a DNA test but that test alone would not give you any information that would be useful for identifying your father. Obviously, if you had a good guess as to the identity of your father and could get that person to take his own DNA test, you might find a match. Another less positive by possible solution would be to post your DNA results on one of the large online database programs and hope for a match. If another of your close relatives who were related to your father also happened to take the DNA test, you could find a match and might be able to infer your father's identity.

But the other side of the issue of finding your father is discovering that the person you knew as your "father" is not related to you. In some cases, this negative result may be unwanted and very disturbing information. Taking a DNA test can result in unexpected findings. I have mentioned in previous writings about some of these unexpected findings. But what is even more common is that the DNA test results are inconclusive due to the lack of a sufficient testing base.

There are other even more serious ramifications of DNA testing on a mass scale and that is its effect on our perceptions of "race" or national origin. This is a potentially dangerous and explosive issue. Do we really want to provide a "scientific" basis for discrimination?

I will be interested in receiving my DNA testing kit (if it ever comes) and reporting on the process and the results.
Posted by James Tanner at 2:16 PM