A Family History Mission: Why Serve Another Mission? 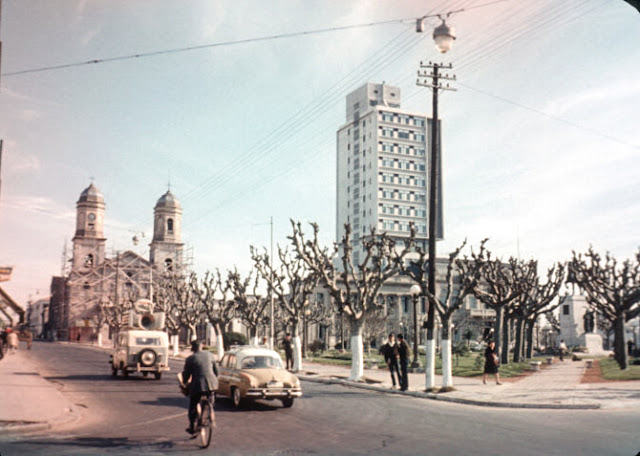 Back in 1964, as a very young man, I began serving a full-time mission for The Church of Jesus Christ of Latter-day Saints to the Argentine Mission. I spent two full years in Argentina learning to speak Spanish and teaching the people about the restored gospel of Jesus Christ and the reality of modern-day prophets. It was an interesting and challenging time. It is easy for young missionaries to come home and say that their mission was the best two years of their life, but now more than fifty years later, I would have to say that many of my years have been my best two years, in fact, I would probably say that the last two years have been my best.

Over the years, there was always the background idea that someday, I would like to serve another mission. As time passed, my life became more and more focused on family history. What began as a project turned into a passion and that passion became a central goal of my life. Almost fourteen years ago, I was prompted to volunteer to work at the then Mesa Family History Library in Mesa, Arizona. I was still working full-time as a trial attorney but decided I could spare the time to volunteer. I was told that they would rather have me serve as a Church Service Missionary, rather than just volunteer, so after some discussion, both my wife and I decided to serve. When I finished that two-year mission, I just rolled it over into another two years and that just kept happening until I finally moved from Mesa three and half years ago. By then, I had served for about ten years.

Meanwhile, I had retired from my full-time job as a trial attorney and also spent five and half years as an ordinance worker at the Mesa, Arizona Temple.

When we moved to Utah, both my wife and I were already tagged by the Brigham Young University Family History Library and asked to serve another Church Service Mission. Church Service Missionaries are asked to spend, at least, eight hours a week serving. We ended up serving a lot more than that. We thoroughly enjoyed our time at the BYU Family History Library. But we all get older and in the back of my mind was the idea that maybe another full-time mission would be possible.

As things worked out, we saw an opportunity to serve a FamilySearch mission in the Washington, D.C. North mission doing document preservation. That seemed like a perfect match for both a missionary opportunity and family history. So now we are on our way to the Missionary Training Center to start another best year of our lives. If I add up the time spent in my original full-time mission and add in the time I spent as a Stake Missionary (a calling that is no longer in existence) and then add in my time at the Mesa Family History Library and here in Provo, I have served over twenty years as a missionary.

This ongoing series of posts will report our mission with the tagline of "A Family History Mission."